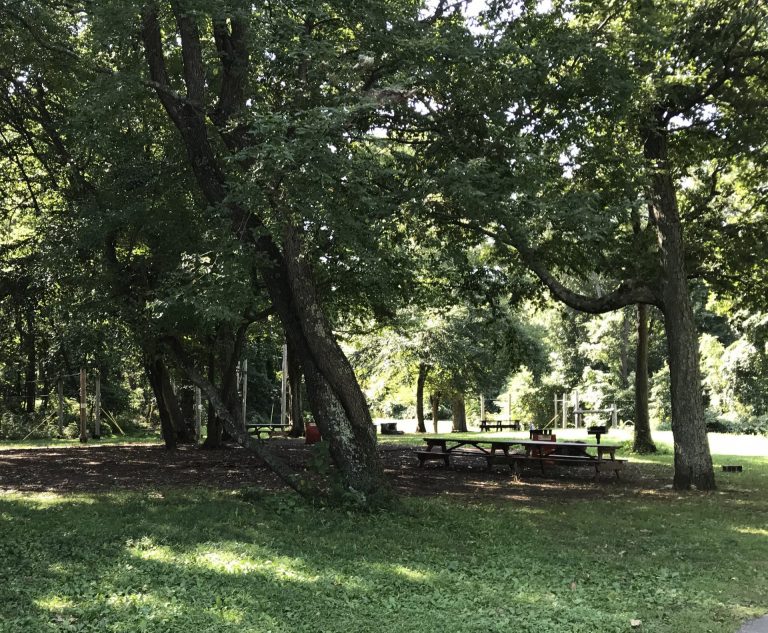 Alley Pond Park (635 acres) is the second largest park in Queens, New York City. The park consists of woodlands, meadowlands, freshwater and saltwater wetlands, tidal flats, and has many unique natural features due to its glacier-formed moraine. In addition to its natural beauty, the park's amenities include playgrounds, barbeque areas, courts, hiking trails, and bike paths. The park is also home to the Alley Pond Park Adventure Course, which is the first challenge course in New York City and the largest challenge course in the metropolitan region. It is perhaps the most state-of-the-art challenge course in the United States. The park even boasts the Alley Pond Giant – the tallest tree in New York City and possibly the oldest living thing in the metropolitan area.